The weather was not our best friend during this year’s vacation, but we didn’t let that spoil it. For the first time, I took three weeks off, without work availability. My state before vacation was what Germans call “Urlaubsreif”, literally “ripe for vacation”. I needed to recharge my batteries, and not thinking about work, change context and have my mind roam freely was very relaxing. Now I can’t wait to get back to work tomorrow, determined to tie together the loose ends of the projects I’m working on. Here is a quick recap on what Sandra and I did during the vacation:

Since 2009, the German and Dutch parts of the Wadden Sea (“Wattenmeer” in German) is inscribed in the UNESCO World Heritage List, with the Danish section joining in June 2014. The sea is dominated by the mud flats when the tide is low and that was exactly what we first saw when we arrived in Sankt Peter-Ording: Nothing. For me who visited the region for the first time, it was really stunning to see how far the water pulls back. The tide has such an effect as the sea is rather shallow. Sankt Peter-Ording itself is a hot-spot for tourists and has a really nice infrastructure – for example, public transport is included in the visitor’s tax (3€/night). It not only features a beach that is 12 kilometers long but also dunes and salt meadows. The latter are large areas that are only sometimes covered by sea water and thus have a vegetation that consists out of salt water tolerant plants. The salty smell and the clean air really made a walk through those meadows very enjoyable. 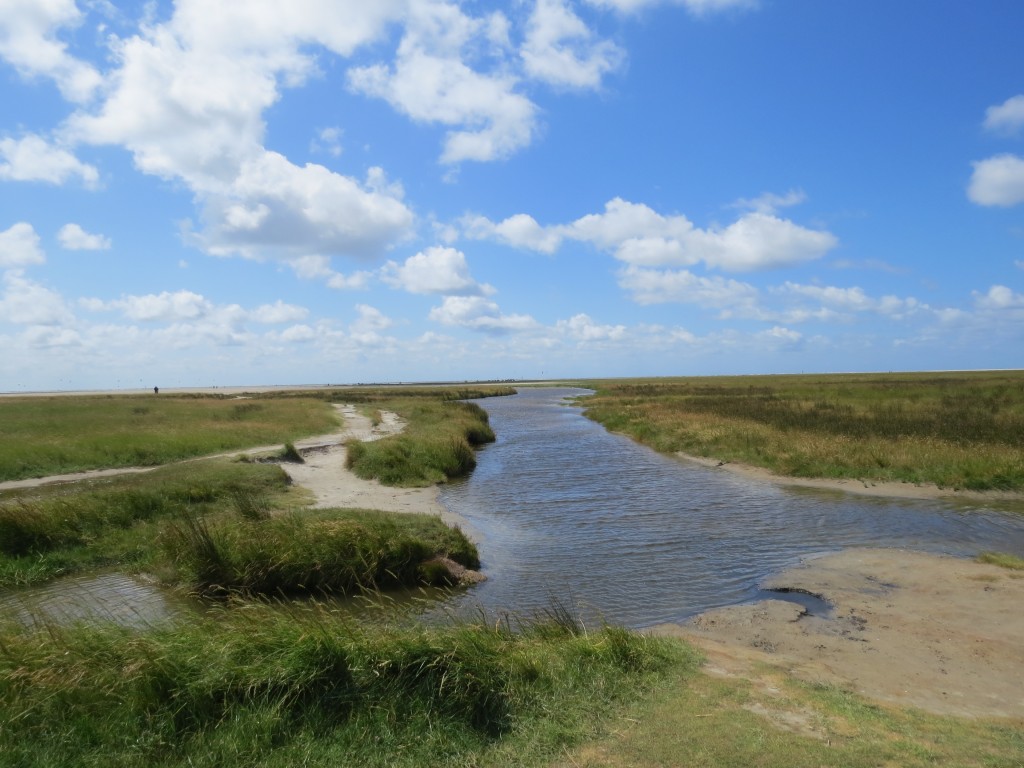 Traveling with a camper, we didn’t need to depend on the food provided by the local restaurants. There were little vegan options but I can recommend the vegan sushi at Deichkind and the vegan goa curry at dii:ke. (Don’t bother with “Vegan aus dem Wok” at Deichkind which was overcooked and boring.) ## W:O:A – Wacken Open Air

Wacken is a small town with a population of just under 2000 people. It is also synonymous with the largest Heavy Metal festival on earth, the famous Wacken Open Air. The festival was a cold, wet and muddy mess. It was also totally awesome! While construction was in full swing, huge masses of rain hit the area, turning this year’s 26th installment of the festival that is situated on farmland into a mud fest. The main paths through the area basically consisted of liquified sand, walking through it was extremely hard. Campers needed to be towed to its destination by tractors and Unimogs. [ 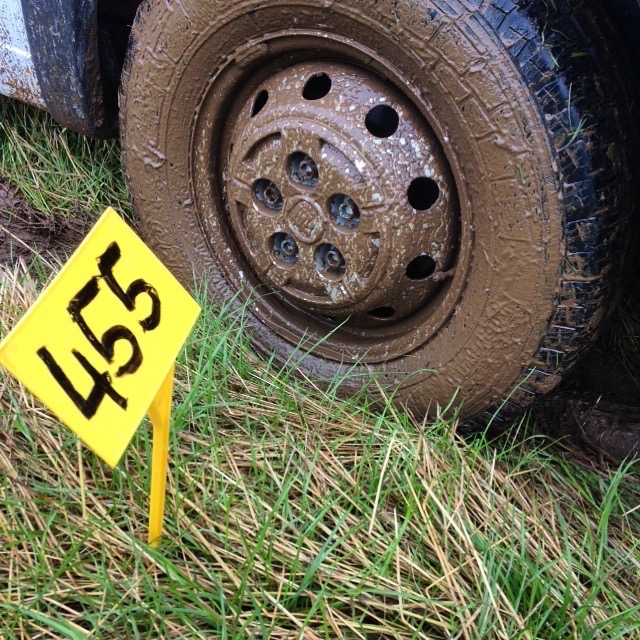 ](https://yatil.net/wp-content/uploads/2015/08/20404380419_37b8692473_o.jpg) Our Camper’s wheel next to the sign for our location[/caption] Wacken has different sub areas, including a tent with two stages (and a wrestling ring), the so-called infield that has the three main stages, a beer garden (with the beergarden stage) and the Wackinger Village. It is even larger than I thought it would be and the muddy surface did extend the time needed to get from one part to another. On Wednesday, we arrived and saw Uli Jon Roth and Europe perform. Unfortunately we were ill-prepared for the mud and cold temperatures, so after the show we arrived at the camper freezing and wet. For the rest of the weekend, I decided to go with shorts so my pants wouldn’t soak full of water (again). I can now understand why kilts and boots are a common combination with metal fans. Apart from the Savatage and Trans-Siberian Orchestra (TSO) double feature, there wasn’t much in the line-up for us on Thursday, so we decided to walk to the actual Wacken village. As expected there were many, many metal fans there. The whole village is celebrating the festival, there are snack bars and beer pavilion all over the place. Almost all houses were decorated with Wacken flags. Some restaurants had opened their beer gardens and the tiny super market made a lot of business. The W:O:A headquarters are located on main street. The building includes a tower featuring the Wacken logo that is visible from miles away. There also is a merchandise shop that is open all year long.

Back in the infield, Savatage and TSO rocked the house, playing simultaneously on two stages at times, it was really a night to remember. The performances were flawless, seeing musicians work together without seeing each other was very impressive. In addition the light/fire/fireworks show was extraordinary. Almost one hour of the concert can be found at Germany’s ZDF TV station. (Likely not available outside of Germany.) On Friday the weather cleared and although we missed out on The Poodles, we had been in time to see Stratovarius, Queensrÿche, Death Angel and Annihilator. Saturday, we took some time to regenerate, seeing “only” Steve ’n’ Seagulls and Judas Priest but also walked around the Wackinger Village. I have to say that the sheer amount of FOMO overwhelmed me at times, there was so much to see and so little time overall. The food situation was very good for vegans, we had hand-made noodles with pesto, vegan hot dogs, burgers and gyros. A vegan crêpe was also available and it tasted very much like the egg and milk version. Apart from those, falafel, asia veggies and vegan steaks were also available but you can only eat so much ;-) It was a once-in-a-lifetime experience, and I’m glad we did it. Having 75,000 metal fans on one place, celebrating music peacefully is really special. \o/ ## Südsee Camp

After Wacken, we wanted to relax a bit, so I just searched for a campground somewhere along the way home. We found the “Südsee Camp” (South Seas Camp). It is laid out in a very nice way, very family friendly and one of the restaurants was even able to provide us with a huge fresh salad and a baked potato. We brought Creamy Garlic and Vegan Bleu Cheese dressings by follow your heart for enhancement. ## Palatinate forest

After stopping at the “Südsee Camp”, we briefly got home to unpack and wash our clothes and to return the camper. Then we traveled on to celebrate my father’s 60th birthday which was also my parent’s 35th wedding anniversary. To celebrate we had one of their wedding photos printed on glass (by fracture). It looks stunning. (They don’t like to be on the internet, so no picture unfortunately.) [ 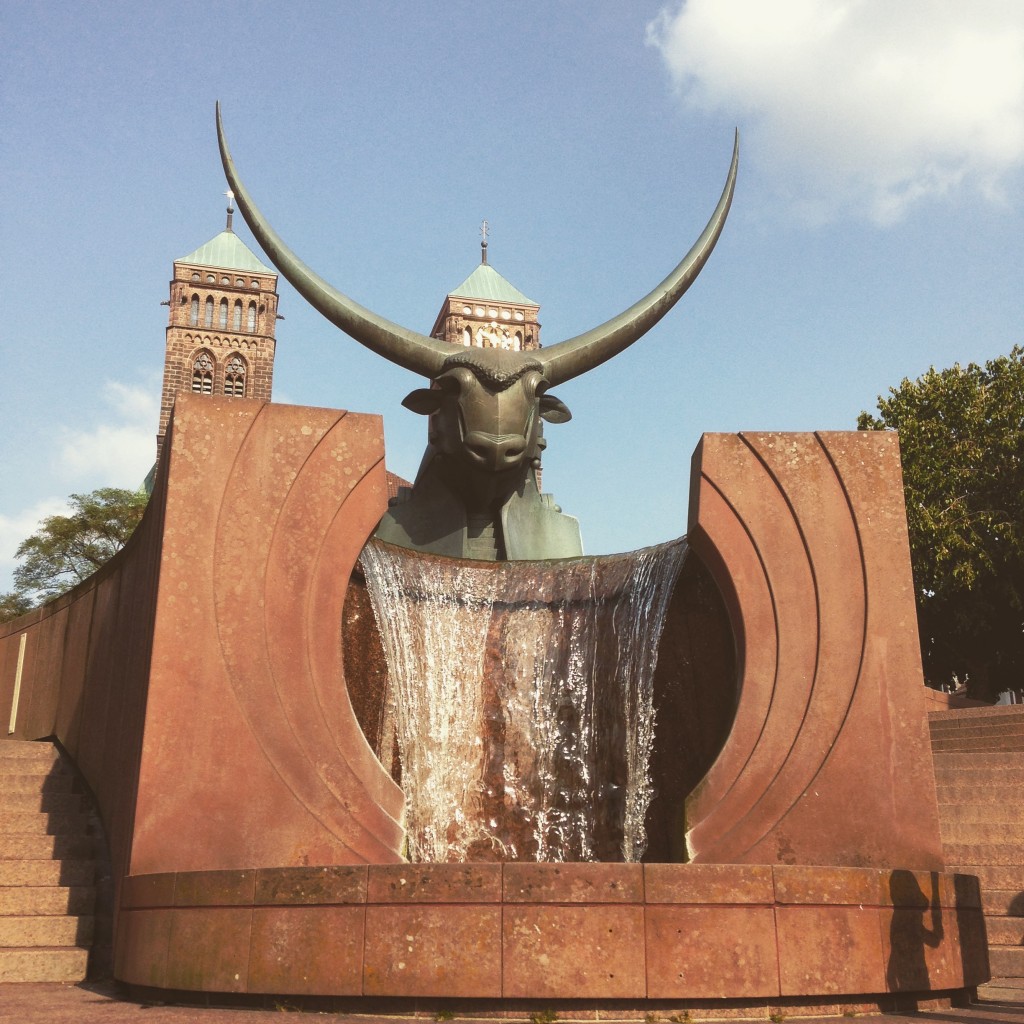 ](https://yatil.net/wp-content/uploads/2015/08/IMG_0224.jpg) Instead of a picture of my parents, here is a picture of the bull fountain in Pirmasens, near the small town I grew up.[/caption] All in all this was really relaxing and exciting, and relaxing.